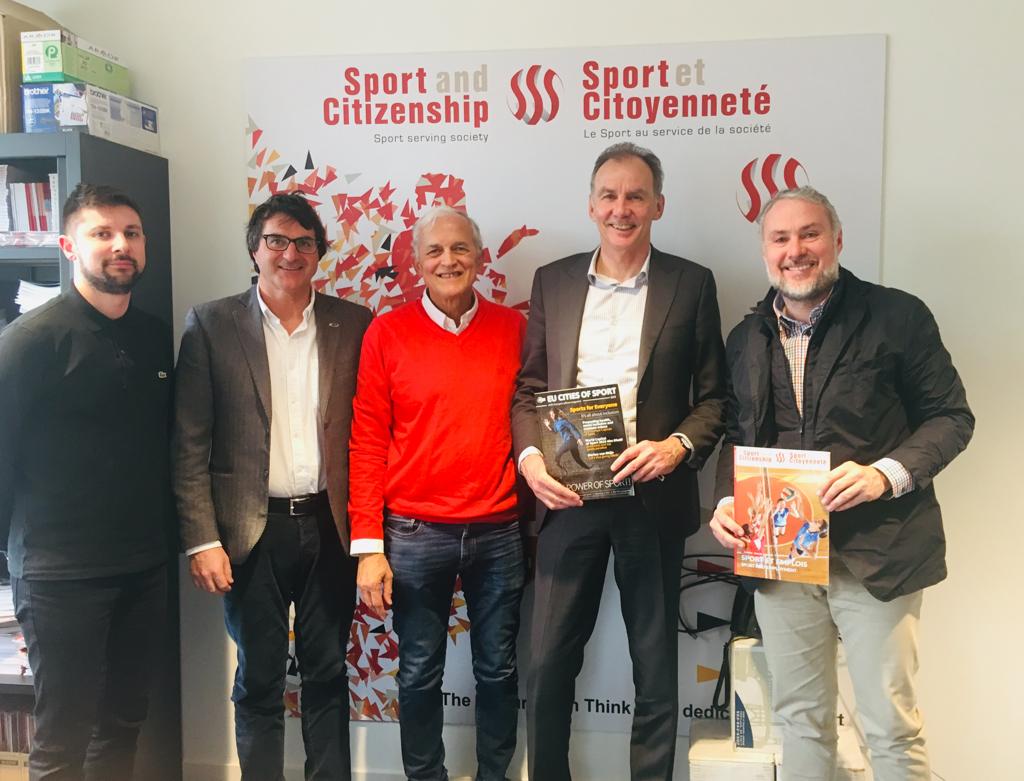 The reinforcement of their cooperation for the promotion of sports at local level was the main topic of discussion between representatives of ACES Europe and the Think Tank Sport and Citizenship.

On Tuesday March 19, Antonio Silva Mendes, Chairman of World Capital of Sport Committee, Hugo Alonso, Secretary General of ACES Europe and Vincenzo Lupattelli, President of ACES Italia met with Sport and Citizenship President, Laurent Thieule and EU Affairs Manager, Maxime Leblanc in order to discuss about the possibility of creating synergies between their fields of work.

More concretely, the two organisations discussed Sport&Citizenship’s project PACTE, where ACES Europe could promote the participation of more cities into the project.

Project PACTE focuses on the promotion of active cities throughout the continent through a tool for self-evaluation, leading to suggestions for fields of improvement sent directly to the municipalities.

“We will work together to develop possible avenues of collaboration with the aim of promoting sport as a policy field throughout Europe”, said Hugo Alonso. 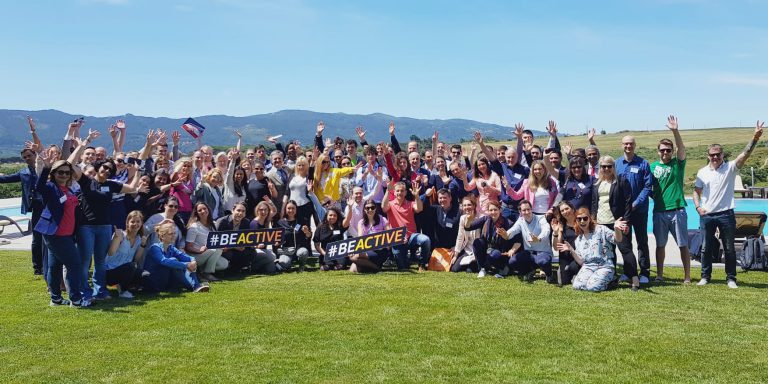 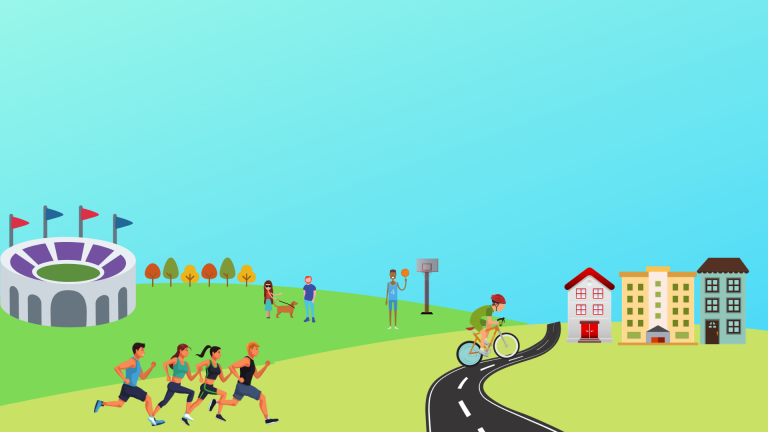 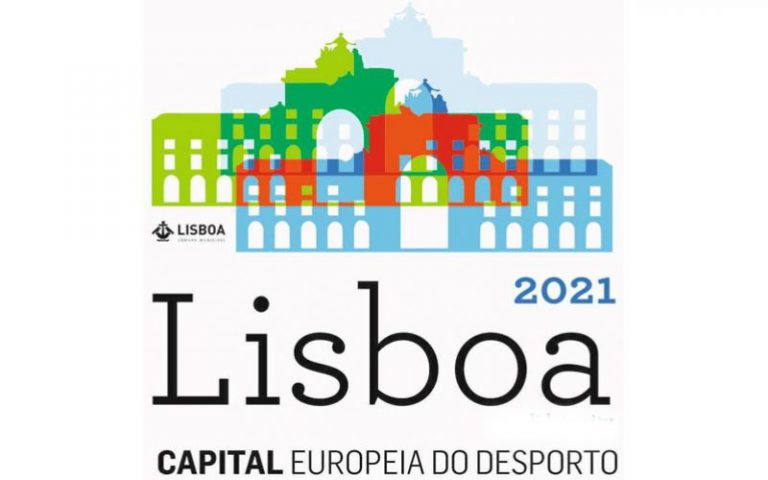 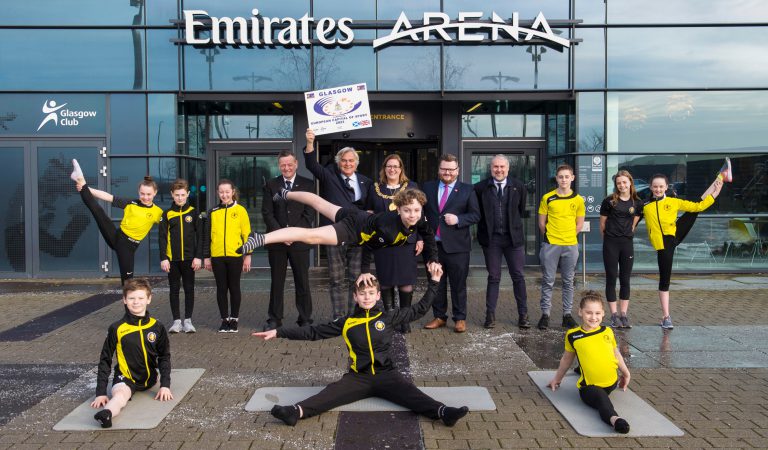 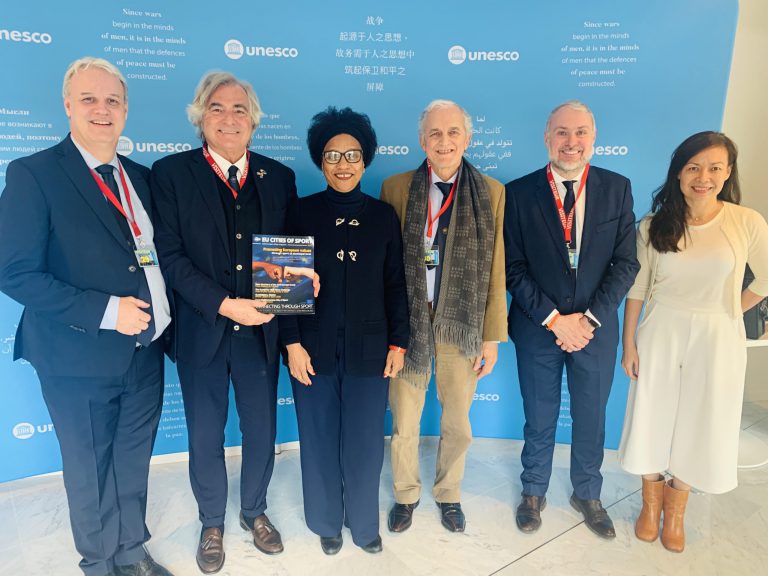